PVV was honoured to have been able to lay a wreath on behalf of police veterans, and join in acknowledging the sacrifice of the 175 officers killed in the line of duty.

The day was a wonderful example of community spirit and the dedication and resolve of all Victoria Police officers and their families. 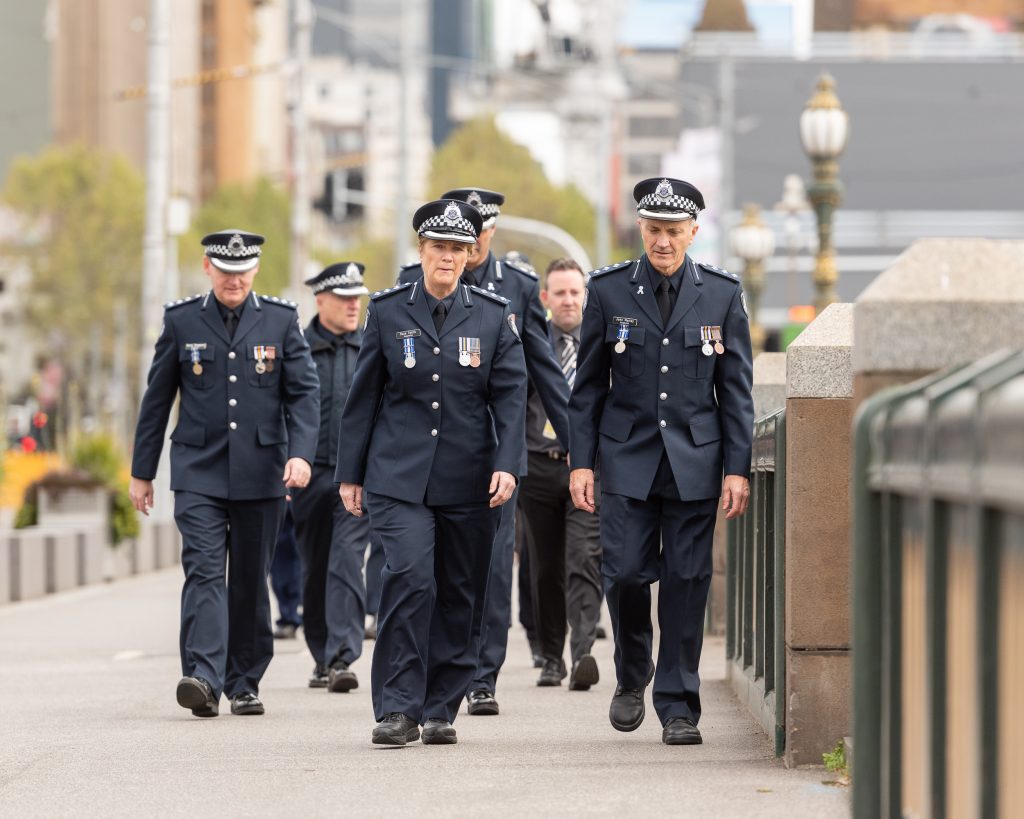 It was a march to remember – something of which hasn’t been able to run since before the coronavirus pandemic. 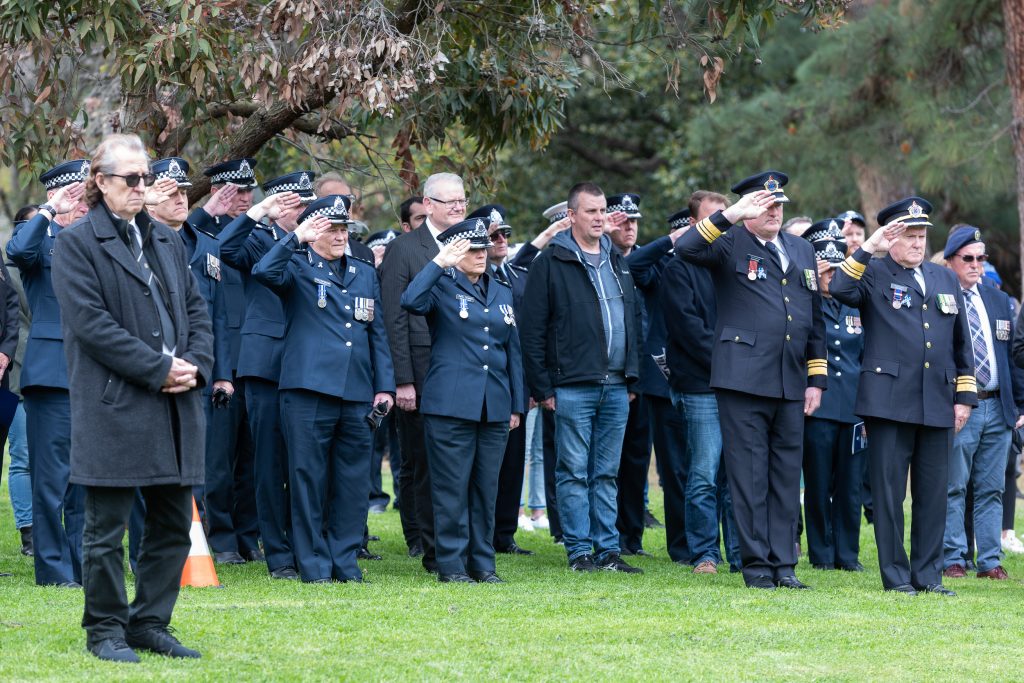 Reverend Jim Jung, Senior Police Chaplain, opened the ceremony, followed by a poignant address by Ms Carmel Arthur OAM, wife of Senior Constable Rod Miller. It was followed by the unveiling of the Plaque dedications, where the family of Bria Joyce, killed on duty in April, honoured her memory.

After the address of Chief Commissioner Shane Patton APM and the Honourable Dan Andrews MP, the vigil parties marched on; closely followed by the laying of wreaths. CEO of Police Veterans Victoria David McGowan laid a wreath on behalf of police veterans.

What the National Police Remembrance Day showed us, was the strength of families, friends and spouses that lost their loved ones much too soon. It reminded us of the gravity of life in the police force and the hidden tragedies that are often left behind from it.

Yesterday was more than a day of coming together to remember the fallen; it was a day to celebrate their lives, and the legacies they left on. 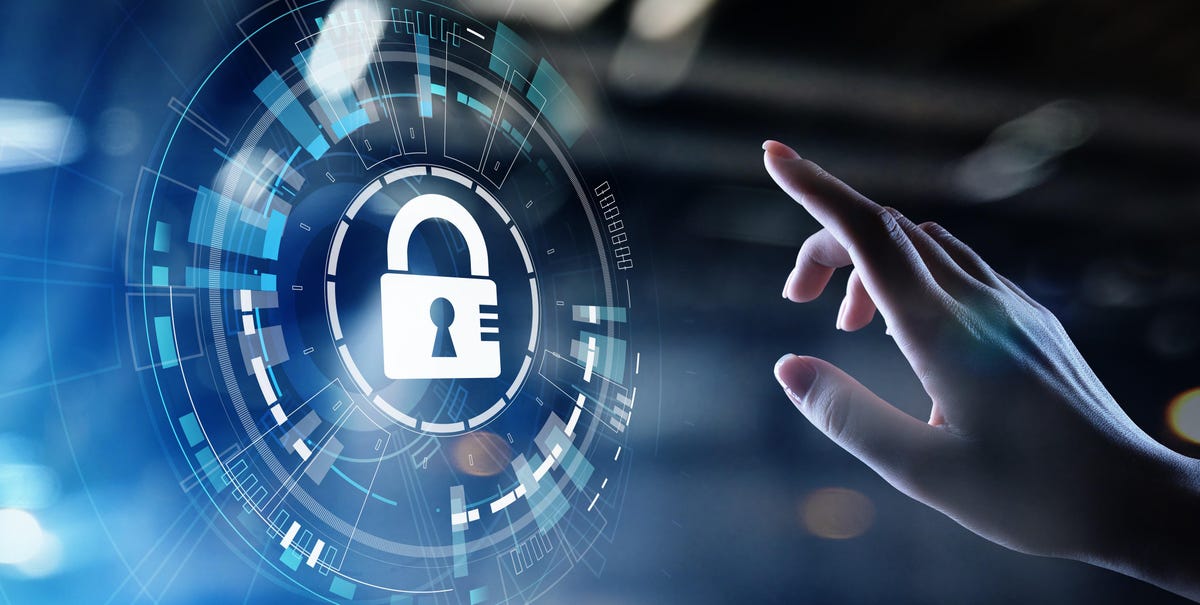